When I watched Terry Nation’s drama ‘Survivors’ as a teenager in 1975, and even during a rewatch just last year, never did I ever imagine that I would one day experience a similar scenario for real.

Along with millions of other people, I saw what was happening in China in January 2020, and hoped it would not affect me or anyone close or known to me. At that point it was a vague feeling of unease, which quickly turned to dread as it became obvious that the new, or Novel Coronavirus (a family of viruses that include the common cold) was not going to be contained in one country for very long. Designated Covid-19, the virus spread rapidly to neighbouring countries. Just as in ‘Survivors’, the spread was facilitated by air travel. WHO, the World Health Organisation, soon declared it a Pandemic, and urged countries to follow their guildlines, intended to try and contain the virus.

As I write this now, on 21st March 2020, we have 5018 known cases in the United Kingdom, and many thousands more unconfirmed cases, because not everyone who displays symptoms gets tested. So far, deaths in the UK are still under a thousand, but looking at the spread so far, it seems pretty certain we will soon reach that number and surpass it. It feels naive to hope that I will not lose at least one family member, friend, aquaintance or work colleague before this is over… it would be a miracle, I think. Still, I hope… even though a close family member (who does not live locally) has almost certainly had a mild form, and I know of at least three more people who have had it (unlike my family member they were confirmed).

I do not believe the world will suffer the terrible scenario depicted in ‘Survivors’ (a handful of survivors, heralding a complete breakdown of industry and society, putting the world back into a pre-industrial age lifestyle) – at least I devoutly hope it won’t! – but it’s hard to see how we can escape severe recession and much financial hardship, whatever financial aid packages various governments put in place.

Of all the events following the spread of the virus, the most disappointing aspect has been the behaviour of many British people, who continue to strip supermarket shelves bare, leaving many families without. I won’t say that we haven’t bought extra goods, because we have – but we added only small amounts over a period of weeks beforehand, just adding a little extra to our normal shop. Had we realised just how widespread and unremitting the panic buying would become during the past week, we might have shopped differently; but we didn’t, and now we worry that once our stocks run out, we might not be able to find anything. We normally have our groceries delivered (due to back problems) but since all delivery slots have been booked up for the next three weeks, if we cannot book one we might be forced to risk visiting a crowded supermarket… which kind of makes a mockery of the government’s request for social distancing. Time will tell.

At the moment, I am still having to go out to work because my employer has not so far enabled working from home (and I think it would be problematical given that I work in the back office of a non-high street retailer) but I can’t pretend not to be worried about the risk of exposure. I am not in one of the most vulnerable lists, but being 61 with a couple of health issues I am slightly more vulnerable than some, but certainly less so than a few work colleagues. We saw our son and his partner today, briefly, and somehow we managed to keep our distance. It felt strange. We don’t know when we will see them again (at least in person – we plan to Skype if the internet doesn’t collapse under the strain…) let alone when we might be able to exchange hugs. It’s a horrible, but necessary, sacrifice. I chat to my family member who was ill with suspected Covid-19 most days on WhatsApp, and we talk on the phone too. We haven’t met since the day they became ill (they were visiting us at the time so we feel fortunate to have escaped infection) which was four weeks ago now, and who knows when we’ll be able to meet up again. This is happening to families all over the world right now; we are not alone in this. I’m not too sure if that feels comforting or not!

As a writer currently working (or at least trying) on a post-apocalyptic adventure (albeit a very different kind of event) and having read a lot of books that feature post-plague societies, it feels more than a little surreal to be living through a real life pandemic. Someone said to me that they wondered if I might write about something similar for my next book, but to be honest I don’t think I could, or would want to, because it is now too close for comfort, and I think I would feel as if I was capitalising on something which has and will cause devastating grief for many thousands of people. I don’t know how Dean Koontz feels about having a story he wrote many years ago quoted thousands of times over, because it seemed to predict this very event. If it were me, I think I’d be completely freaked out by it.

If you’re a fellow author, how do you think the Covid-19 pandemic might affect your writing? Has it made you want to write about similar scenarios, or completely avoid them? I thought long and hard about writing this post; I wanted to say something about it, but nothing seemed adequate, somehow. It’s difficult to express the horror and sadness of so many lives lost, and at the moment, it is still too fresh and raw to want to do much more than say how awful it all is.

As they used to say in ‘Hill Street Blues’ – “Be careful out there.” 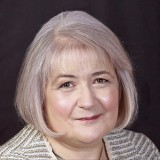